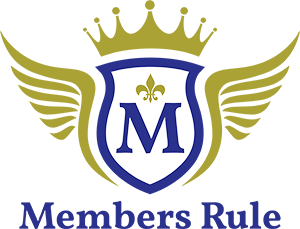 1) What is the Members Rule Contest?

The Members Rule Contest is a free weekly contest that is hosted by a VideoPoker.com member. The contest works like most of our contests, but in this case, the featured game and other contest parameters (number of sessions per day, number of hands per session, number of winners) are determined by the host. In addition, there is a fun Peanut Gallery where qualifying members will have the ability to comment on the contest throughout the week.

2) How does a member become the contest host?

3) I want to host a contest. How does that work?

You start by clicking the “Spin Now" link under “Become the next host” link on the Contests page. Then, you build your custom contest (you can edit it later). Once you have built and saved your contest, you will have an opportunity to spin a reel. The reel spin determines a game and number of hands you can play in your next Host Competition session. The highest session score during the Host Competition week earns the right to host their contest the following week.

4) How many reel spins do I get in the Host Competition?

All members get 2 reel spins (and resulting game sessions) per day. Gold and Pro Members receive one additional spin each day. Additional spins can also be purchased. A portion of every spin purchase will be added to the following week’s Members Rule contest prize pool. Bonus spins may also be awarded during the reel spin.

5) What is the Peanut Gallery?

6) Tell me again the difference between Session Scores and Cumulative Scores in the Host Competition?

To become the host, you will need the highest score in a single session. That means the best score in a short 15-30 hand session... it will take a great hand to make it happen!

Cumulative scores are the total of all of your Host Competition sessions throughout the week. These scores are used to determine the Peanut Gallery participants.

8) Can I earn any achievements by playing in the  Host Competition and Members Rule Contest?

YES! There are two achivements. One for becoming the Members Rule contest host, and another for qualifying for the Peanut Gallery. These achivements will track the total number of times you have earned them, should you be lucky enough to earn them more than once.

9) Do I earn Players Club points while playing in the Host Competition and Members Rule Contest?

10) Can I qualify for the Tournament of Champions by playing in the Host Competition and Members Rule Contest?

11) How do spin purchases work in the Host Competition?

The prize pool starts at $250.00 during the Host Competition. When a player builds their contest, they can determine how the prize pool will be distrubuted to the winners in the next week's Members Rule Contest if they become the host. For example, if you specify 50% of the prize pool will go to the first place winner, that player would receive $125 of the initial $250 prize pool. Prize pool distribution must add up to 100% and each rank must win an equal or greater amount than the rank below (you cannot have a greater prize for second place than first place).

Additionally, each time a player purchases spins for the Host Competition, a portion of the purchase is added to the next week's Members Rule prize pool. For example, if the prize pool increases to $300, then a 50% distribution for first place would now be $150 instead of the initial $125. Prizes are shown in US Dollars and will be rounded to the nearest 1 cent.

13) When does the Host Competition take place?

The Host Competition begins each Monday and runs through Sunday at 11:59pm Pacific. Sessions must be completed before 11:59pm on Sunday to be counted.

How do I get started?

Visit the Contests page to play the current Members Rule contest, or click here to compete to become the next host.